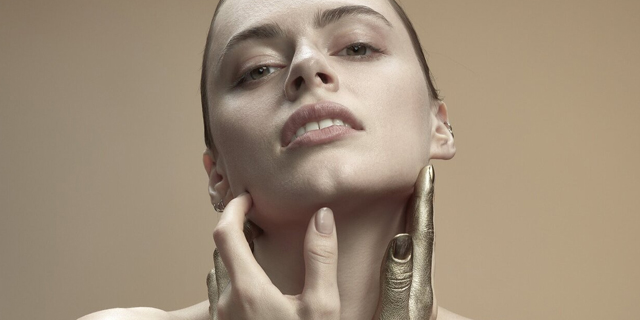 Los Angeles – based artist Riki is back with one hell of a banger! A few weeks ago she returned with her latest single “Marigold” which marks her first release of 2021. Together with the accompanying release, Riki now also unveils some splendid 80s inspired visuals.

We instantly fell in love with Riki’s sound back in 2019 releasing brilliant singles like “Napoleon” and “Böse Lügen”. Last year her self-titled debut album followed which is still on heavy rotation and one of our favourite releases of recent years. Luckily we didn’t have to wait long for Riki to return! On her new single “Marigold” she further digs into the heavy 80s electronic synth soundscape and perfectly fitting aesthetics. There’s really no one who so effortlesly does the 80s sound justice and we can’t get enough off it! “Marigold” is also the first single taken from Riki’s sophomore album “Gold” out later this year. We can’t wait! Until then give the beautiful music video directed by Muted Widows a watch below.

“Marigold” is out now on all platforms” and “Gold” arrives November 25th via Dais Records.