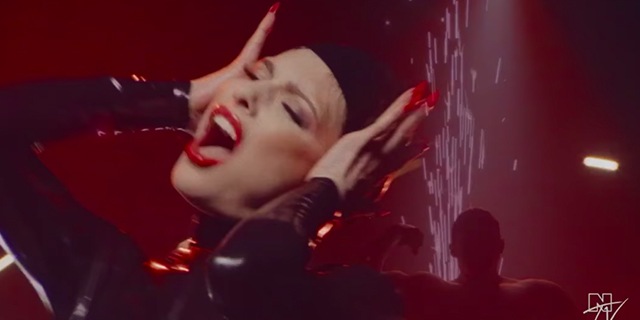 Boy Harsher are sharing the third and final single from their upcoming horror film “The Runner” today. The new song titled “Machina” features Mariana Saldaña of BOAN and follows the previous singles “Tower” and “Give Me a Reason“.

The first two single releases of “The Runner” followed Boy Harsher’s signature sound, while on “Machina” the duo is taking a completely different approach. Instead of Jae Matthews’ dark and hazy vocals, Mariana Saldaña is taking the lead. Mariana offers sultry vocals sung in Spanish and English against a heavy 80s influenced production with touches of Italo Disco. Yet, “Machina” still offers a hint of that dark and moody sound of Boy Harsher, making it an absolute smash. We are sure fans of the Italo Disco genre will appreciate this a lot. We also highly recommend checking out RIKI who’s overall sound is quite similar to “Machina”!