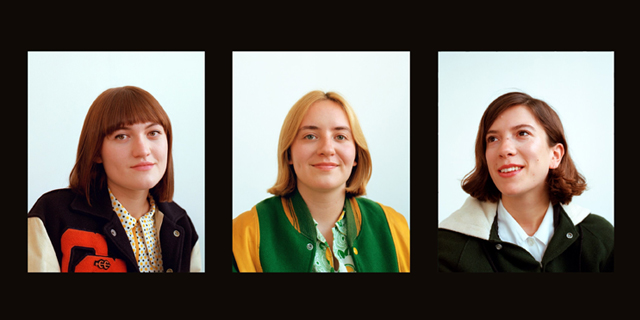 After releasing their debut album ‘Earl Grey’, Girl Ray, the UK trio consisting of Poppy, Sophie and Iris needed some time to get their creative mood back when it came to creating music again. Their newly found inspiration came from touring with Porches, but funny enough it was Ariana Grande releasing ‘Thank U, next’ that pushed the girls back into creating music. The band kept their joyful sounds from the debut album, but started to experiment more with synths, to overall create a more danceable sound.

Just as on their previous single ‘Show Me More‘, Girl Ray is shining once again with ‘Girl‘. An amazing pop tune that will instantly put you in a good mood! Exactly like the girls in the video it’s a perfect soundtrack for a long drive during warm Summer days. Oh how we wish it was still summer!

We can’t wait to hear more of Girl Ray’s joyous and feel good music. The new album ‘Girl‘ will be out November 8th via Moshi Moshi records.

Girl Ray returns with summer anthem “Give Me Your Love”