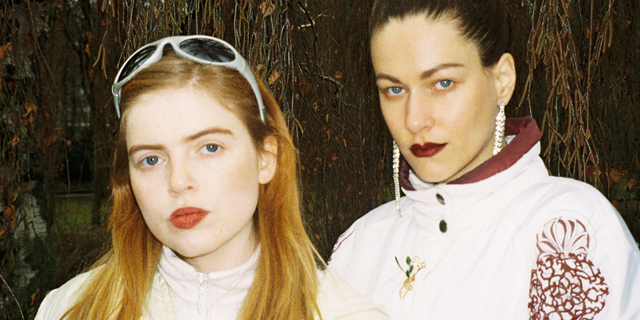 Berlin-based musicians Farao and Special-K have been making quite a name for themselves in the past few years. Wether it’s producing, writing or singing, both artists know how to do it all! So it comes as no surprise that these ladies formed their new musical project Ultraflex and that it’s pure magic!

First single “Olympic Sweat” is a perfect introduction to this musically and visually pleasing project. Surprisingly enough their first single is a fully instrumental song, but together with the accompanying video it perfectly sets the mood for what’s to come. Inspired by 80s soviet aerobic television programs, the duo takes this to the next level in their accompanying video. Which sees Ultraflex running in matching sport suites through Berlin and eventually finding each other to do a cute little synchronized dance. The shimmering synths of “Olympic Sweat” slowly build towards a moment of euphoria and has us left wanting more! We can’t wait to see where they’ll be heading next!

Give the duo’s self directed “Olympic Sweat” video a watch below. And be on the look out for Ultraflex’ debut album later this year via Street Pulse.