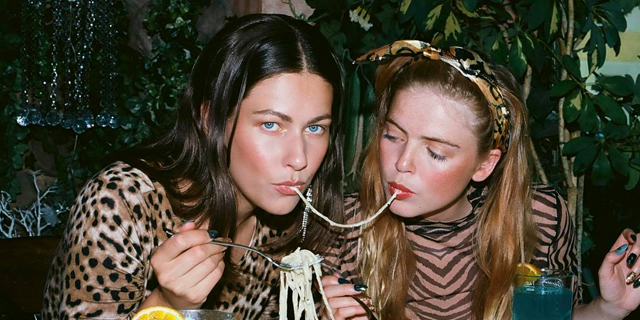 Berlin-based duo Ultraflex is gearing up for their highly anticipated debut album “Visions of Ultraflex” at the end of this month. Before the album drops the duo is sharing one last single with “Full of Lust“.

For those still unfamiliar with this magical duo, Ultraflex consists of Norwegian artist Farao and Iceland’s Special-K. Together they are creating some of the most infectious indiepop tracks out there right now. New single “Full of Lust” is no exception, once again the girls deliver a delicious slice of electronic pop. Sweet and sultry vocals are backed by extremely catchy 80s synths.

Be sure to give the dreamlike video a watch below as well, which is directed by none other than Okay Kaya. We truly can’t wait to hear “Visions of Ultraflex” in all its full glory.

“Full of Lust” is out now. Ultraflex’ debut album “Visions of Ultraflex” is out October 30rd via Street Pulse.