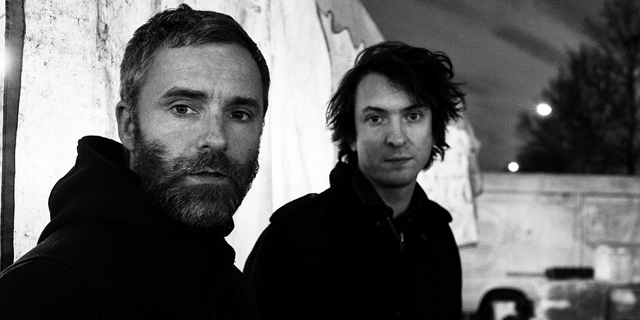 For most of you Baden Baden might sound unfamiliar, but after releasing two albums they established themselves quite a bit in the French indiepop scene. The duo consisting of Eric Javelle en Julien Lardé just released their third album “La Nuit Devant” earlier this month. For this new record Baden Baden worked together with Florent Livet (Phoenix, Two Door Cinema Club) and Pavle Kovacevic (Sebastien Tellier). For all melancholic and nocturrnal electronic and guitar lovers, this album is for you!

One of our favourites off the record is the first single “Beach“. Just like the whole record, “Beach” has this perfect combination between atmospheric guitars and electronic pop sounds. It’s dreamy, melancholic and even makes you want to move with it’s electrifying and pulsating beats! Fans of Beach House and Slowdive will love this!

Watch the video for “Beach” now and give a listen to “La Nuit Devant” below!