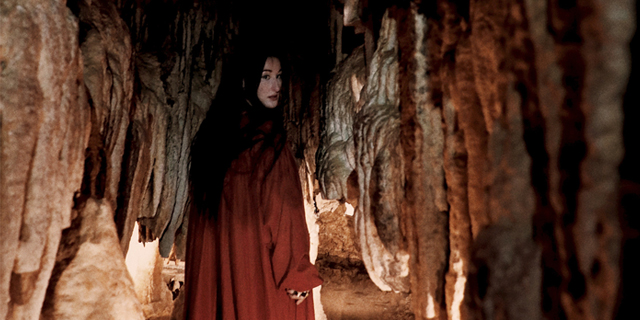 Nika Roza Danilova aka Zola Jesus is back! The musician just announced her brand new album titled “Arkhon“, her first in 5 years. Together with the announcement, Zola Jesus also shares the record’s first single and music video “Lost“.

Zola Jesus who usually creates her own music, decided to change things up and reach out to different collaborators. Resulting in a sound that perfectly fits Zola’s previous music, yet feels incredibly fresh. “Lost” is a haunting and bombastic track and we are loving the touch of the percussion and chanting parts. About the new single Zola Jesus says: “It’s true. Everyone I know is lost. Lost hope, lost future, lost present, lost planet. There is a collective disillusionment of our burning potential. As we stray further from nature, we drift from ourselves. ‘Lost’ is a sigil to re-discover our coordinates and claim a new path.”

Zola Jesus never disappoints and we are extremely excited to hear what else she has in store for us! For the video shoot she travelled to Turkey to create some stunning visuals perfectly fitting to the soundscape of the song. Be sure to give the Mu Tunc-directed video a watch below.

“Lost” is out now on all platforms and “Arkhon” arrives May 20th via Sacred Bones.