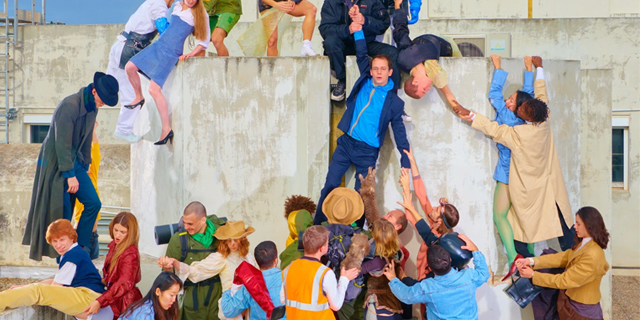 French electronic music producer Erwan Castes aka Rone just unveiled his impressive new single “Babel“. The track is the follow-up to “Human” and both tracks are taken from his up-coming “Room With A View” LP. Inspiration behind the album is his recent show at Théâtre du Châtelet in Paris. Where he created a piece together with choreography collective (LA) HORDE and 20 dancers from the Ballet National de Marseille.

Rone absolutely blew us away when we first heard “Babel“. The song is extremely captivating and will take you in its grip from the song’s first few seconds. It all starts with people speaking in different languages while the music slowly kicks in. The ethereal instrumentation of violins and synths slowly reach more height, until the sounds explode near the end. Almost like we’re on a journey and little by little reaching the top of the tower of Babel.

Listen now to “Babel” below taken from “Room With A View” which will be released April 24.