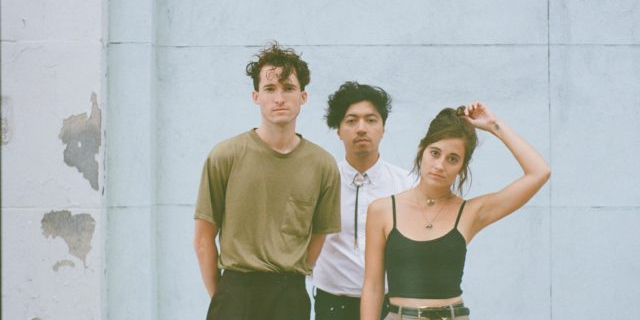 Nation of Language have been sharing songs on and off since their debut single “What Does The Normal Man Feel?” back in 2016. Ever since the band’s latest track “Reality” released last year, it has been quiet when it came to new music. Luckily they’re finally back with their stunning new single “The Motorist“.

The Brooklyn-based trio was founded in 2014 and consists of frontman Ian Devaney, his wife Aidan Devaney (synths) and Michael Sui-Po (bass). Nation Of Language effortlesly blends different styles on every track they’ve released so far. Nonetheless, always keeping that 80s-nostalgia we love! New single “The Motorist” is build around lush and addictive synths while frontman Ian effectively delivers the verses in spoken word. Giving it all that extra bit of nostalgia and melancholia. We just want to have “The Motorist” on repeat all day and slowly let all our thoughts fade away!

Watch Nation of Language’s music video for “On Division St”