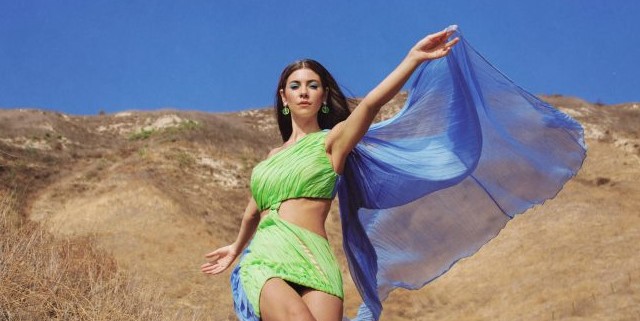 Sooner than expected alternative pop star MARINA is back with brand new music. She just unveiled her new single “Man’s World” with an accompanying video. The single is apparently the first track to be lifted from her forthcoming album out next year. It marks the singer’s follow up to her 2019 album “Love + Fear“, which saw Marina & The Diamonds transform into MARINA.

Truthfully, we weren’t the biggest fan of MARINA’s latest effort “Love + Fear” so we are glad to hear she’s back so soon and with a brilliant first single. “Man’s World” sees MARINA return to her quirky lyrics mixed with infectious melodies and production. Lyrically it reminds us of her early material while sonically it wouldn’t be out of place on her last two records. For the new project MARINA is taking a different approach by creating an all female led crew, from producers to directors. We are loving this first taster of new MARINA music and can’t wait to see what’s next! Be sure to give the sunny video directed by Alexandra Gavillet a watch below.

“Man’s World” is out now on all platforms via Atlantic Recordings.

Tags: MARINA, marina and the diamonds