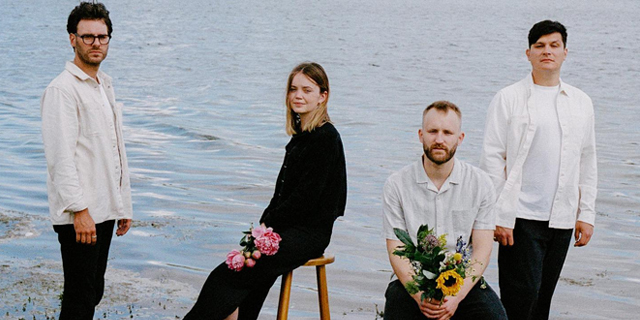 Last year we were pleasantly surprised when we first got introduced to Northampton trio Kinships and their captivating singles like “Splitting Hairs“, “Fall” and “Space Forms“. Now, the trio turned into a quartet consisting of Tom Butler, Dave Crawford, Aoife Foley, and Adam Gammage while continuing their dreamy soundscapes. Last month Kinships returned with a brand new single “Deeper” and now they share another stellar song “Reform”.

On their new single “Reform”, Kinships delivers once again a beautiful and moving song. Warm and gentle vocals are backed by an incredibly lush production that is utterly dreamy. About the new single the band says: “Reform is a song about losing yourself, about realising that, somewhere along the way, you lost a sense of who you are and what you wanted to be. It’s a song about knowing that, acknowledging and feeling the pain of it, and starting again, trying to rebuild yourself into the person you’d hoped to be.“

We already mentioned this before but fans of RY X or The XX should definitely give a listen to Kinships. We think they deserve to be just as big and we can’t wait to hear what’s next. Hopefully these two new singles means another EP is on its way!

“Reform” is out now on all platforms.