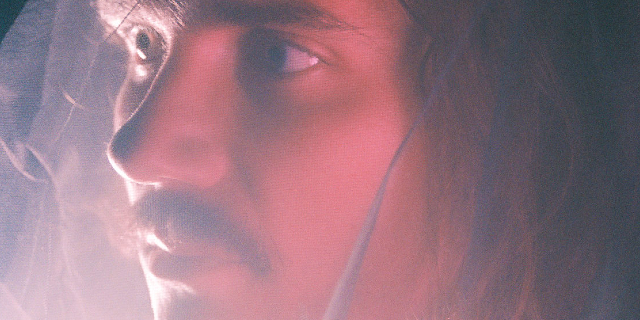 Berlin based singer-songwriter and musician John Moods is giving us another taste of his upcoming album “The Great Design” with a brand new single and music video titled “Atlantic Station“. The new song follows the previously shared singles “Anyone” and “It Ain’t Your Time“.

With his latest single, John Moods probably delivers one of his most strange and energetic tracks so far. It’s a one hell of a catchy song that pulls you in from the first few seconds. There’s irresistible synths, flutes and claps all combined into a delicious and exciting disco track. If that doesn’t sound exciting enough, than please have a watch at the brilliant music vide created by Ludwig Plath below. It sees John Moods as a AI slowly aging and going through some crazy scenarios. About the new single John says:

“This one may be the weirdest disco tune of all time. I saw a man in the subway station ‘Atlantic Station’ in New York in 2012, playing a cover of the classic country song ‘Cool Water’ on a small Casio keyboard, and to me there was something so pure and moving about it, it feels as if it’s been etched into my brain ever since.”

“Atlantic Station” is out now on all platforms. “The Great Design” arrives November 11th via Mansions and Millions.