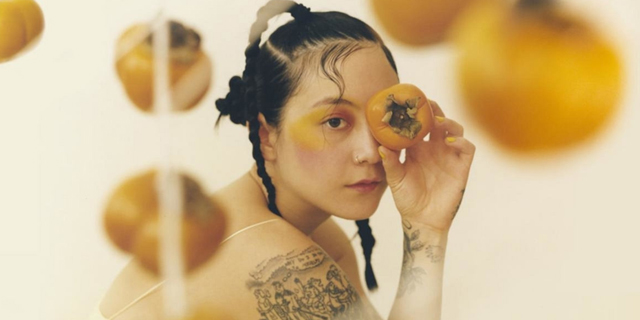 Michelle Zauner aka Japanese Breakfast delivers today a brand new single called “Posing In Bondage“. Together with the single release also comes a stunning and intriguing music video worth a watch. Last month surprised us with a brand new single “Be Sweet“. Both tracks are taken from the musician’s forthcoming album “Jubilee“.

Japanese Breakfast’s new single “Posing In Bondage” was previously released 4 years ago as part of an EP. Now the song is completely reworked and turned into stunning dreamy synth track. We are loving the slow build up and especially the Grimes-like chanting near the end.

“‘Posing In Bondage’ is a ballad about loneliness and longing, a song about two people who want so badly to connect but are never quite able to do so,” Zauner said in a statement. “No place felt lonelier than an empty grocery store at 1AM. The video is actually an epilogue to the one that will accompany our next single, here presented out of order.”

“Posing In Bondage” is out now on all platforms. “Jubilee” arrives June 4th via Dead Oceans.