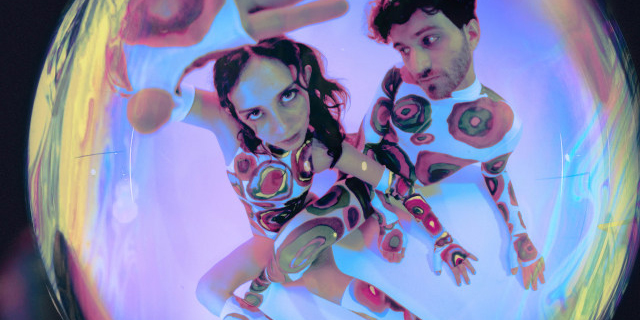 Alternative pop duo Magdalena Bay have been making quite a name for themselves in the last few years. The duo consisting of Mica Tenenbaum and Matthew Lewin have shared countless brilliant singles and a bunch of EP’s. Now, it’s finally time for their long-awaited debut album that is set for a release in October. Together with the announcement of “Mercurial World“, the duo also unveils the lead single and music video “Chaeri“.

Everything on their new single “Chaeri” points to the fact that Magdalena Bay are ready to take over the world. Gone are the greenscreen videos and the DIY-aesthetics. Their latest single is a banging pop anthem that wouldn’t sound out of place on a record of Grimes. We are loving this direction and truly can’t wait to see what else Magdalena Bay has in store for us. We just know they are heading for big things! Be sure to give the cool visuals for “Chaeri” a watch below as well.

Grimes shares new single “So Heavy I Fell Through The Earth”