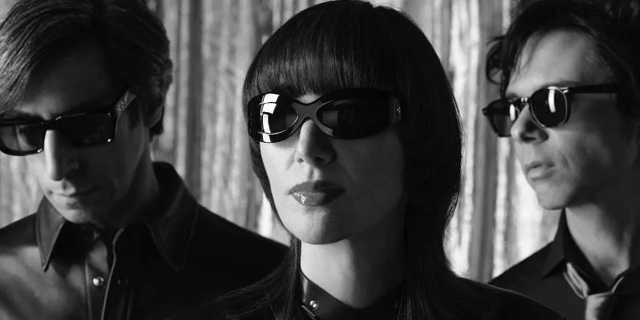 The moment is finally here, Yeah Yeah Yeahs are back! After years of waiting the band finally returns with one hell of a new single called “Spitting Off The Edge Of The Earth” featuring none other than Perfume Genius. The new song is the first to be taken from Yeah Yeah Yeahs new album “Cool It Down“, released later this year. It’s the band’s first new record since 2013’s album “Mosquito“.

With “Spitting Off The Edge Of The Eart” it feels like Yeah Yeah Yeahs never went away. The new single is the perfect combination of their previous records and one hell of a comeback. Karen O will never stop amazing us with her incredible vocals and presence but as band with Yeah Yeah Yeahs she truly excels. The new single is a energetic track that just makes you want to go out and run and sing along to that massive chorus. We are so excited they are back and can’t wait to see what’s next. Be sure to give the cool visuals by Cody Critcheloe (Ssion) a watch below.

“Spitting Off The Edge Of The Earth” is out now on all platforms. “Cool It Down” arrives September 30th via Secretly Canadian.