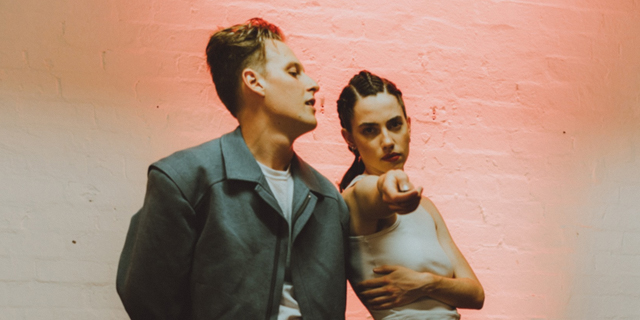 Two People only released their debut LP “First Body” earlier this year. However, the Australian duo is already returning with new music! We first fell in love with Two People when we heard their first single “I’m Tied To You“, which was definitely one of our favourite tracks of 2018! Now, they are returning with their self-directed music video for new single “Dream Steppin’”

Just like the band name suggest Two People, is literally two people. That’s it. The duo consisting of Phoebe Lou (vocals) and Joey Clough (production) tend to keep creative control of everything they do. New single “Dream Steppin” sounds like a natural continuation of their perfectly crafted sound. Dark and dreamy sounds with a little touch of euphoria. Phoebe’s hazy vocals absolutely shine on the song’s production and we are loving the heavy synths and bass lines! Can’t wait to see what else they have in store for us.

The new single is out now via Terrible Records! Listen and watch the self-directed video below: