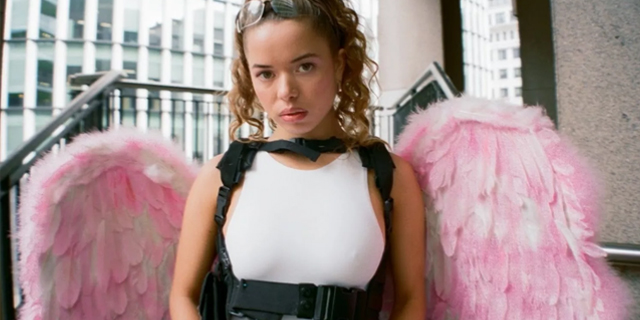 One of our favourites, Nilüfer Yanya is sharing today the second single of her highly anticipated album “PAINLESS“. New single “midnight sun” follows last year’s brilliant and one of our best tracks of 2021 “stabilise“.

On her new single “midnight sun”, Nilüfer Yanya creates a powerful track with some great 90s alternative rock thrown in the production. The musician’s distinctive and warm vocals glide against some subtle guitar loops until the song slowly transforms. The song continues with some hard-hitting fuzzy guitars to end the song on a high note. About the new single Nilüfer Yanya says:

“It’s a song about recognising what it feels like to be pushed down but wanting to resist. I really like the imagery of ‘midnight sun’ as a lyric as it insinuates a light guiding you through darkness. The wings carry their own symbolism – freedom, lightness, flight, fantasy… If I could pick what people saw and heard it would be: seeing the beauty of confrontation and the necessity of rebellion.”

“midnight sun” is out now on all platforms. “PAINLESS” arrives March 4th via ATO.