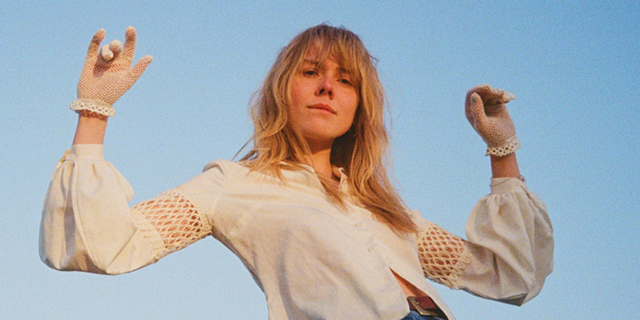 New single “Always Dancing” is a cathartic track which sees Mazey Haze once again beautifully juxtapose her personal and heartfelt lyrics against a dreamy guitar-driven pop soundscape. There’s a sense of euphoria and pure bliss in the song’s production that just makes you want to go out and run around in a field covered in sunshine. We can’t get enough of Mazey Haze’s music! About the new single she says: ‘

“Always Dancing is a song about having an intervention with yourself after a rough period where lots of things have drastically changed. Trying to figure out what it means that you have been doing and where you want to go (for the first time). Realising you have to adapt to this new situation and wanting to grow with it so you can move forward. Being closed off after giving yourself away too easily, without thinking about it. For me personally, this song is about my first realisation that I can and need to take control over my own life. I was starting to feel quite okay while being alone and started seeing the first bits of light after (what felt like) a long time of darkness.‘

Together with the single release also comes some great DIY – like analog visuals which fit the song perfectly. Give the music video shot by Fee Oomes a watch now below.

“Always Dancing” is out now on all platforms and Mazey Haze’s debut EP Arrives October 22nd via LUSTRE.

Mazey Haze returns with “The Weight of the Weekend”