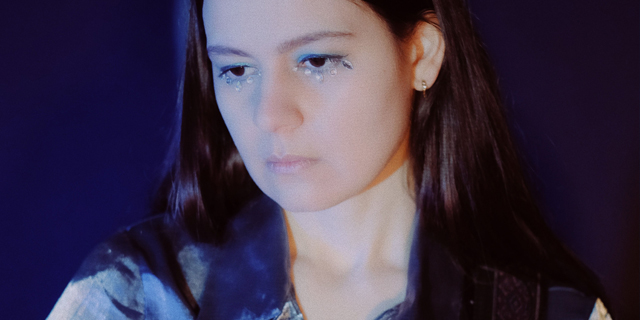 Hamburg-based duo Kraków Loves Adana is back and ready to bless us with more melancholic music. Deniz Çiçek and Robert Heitmann are truly unstoppable and have been releasing some great music over the last few years. Fresh of their latest record “Follow The Voice” from last year, the duo announced today a new EP titled “Swim In The Blue” and shares its first single and music video “Open The Door“.

For fans of Kraków Loves Adana the new single might sound familiar since it’s a reworked version of last year’s single “Dream House”. The band is opening a new chapter with “Swim in The Blue”, creating three new songs based on tracks from their latest album “Follow The Voice”. On their new single, Kraków Loves Adana creates once more a shimmering track filled with brooding vocals that is perfect for your late nights dancing all alone in your room. About the forthcoming EP Deniz Çiçek says:

“I wanted to revisit these three pieces from a different perspective, never imagining that the songs would develop a whole new life of their own as a result.”

Be sure to give the self-directed music video for “Open The Door” a watch below. Kraków Loves Adana’s new EP “Swim In The Blue” arrives March 25th.