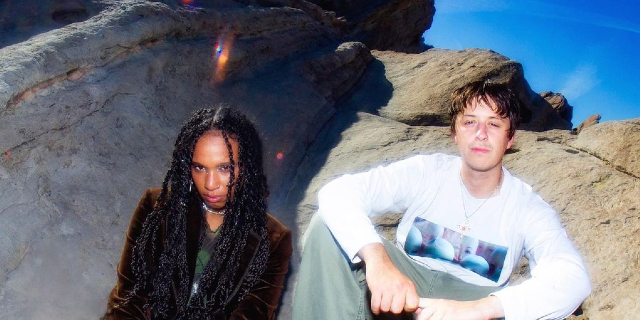 Jadu Heart are getting ready for the follow-up to their brilliant latest record “Hyper Romance” with “Derealised” which will be out next year January. Together with the new album announcement the duo also unveils a brand new single and music video “I Shimmer”.

It’s safe to say that Jadu Heart have done it once again on their new single “I Shimmer”. The track wouldn’t sound out of place on the soundtrack of one of your favourite 90s/00s tv series and we are absolutely here for it. The aesthetics in the music video shot in LA match the hazey 90s vibe perfectly as well. Both singles Jadu Heart have shared so far are 10/10 and we are extremely excited to hear the new record. We were afraid they wouldn’t be able to live up to the magnificent “Hyper Romance” but it seems we are in for another masterpiece from the London duo. Watch the music video directed by Jaxon Left now below.

“I Shimmer” is out now on all platforms and “Derealised” arrives January 20th via VLF Records.