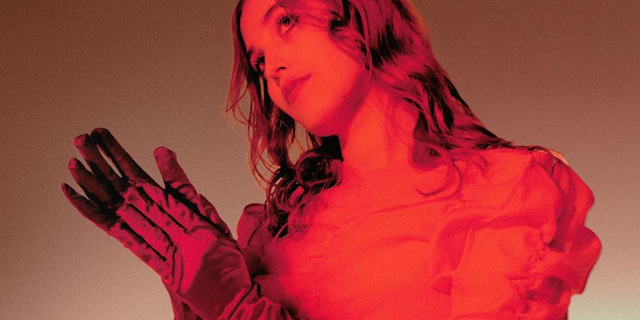 Harriette Pilbeam aka Hatchie is unveiling today another track from her highly anticipated record “Giving The World Away“. After sharing the brilliant “This Enchanted” and “Quicksand“, it’s now time for the album’s title-track.

On her new single Hatchie is once again collaborating with producer Jorge Elbrecht and delivers one hell of a track. Lyrically the new single is in the same style as “Quicksand”, it’s a hopeful song about finding yourself and your own happiness. “Giving The World Away” sees Hatchie perfectly blending her shoegaze and pop sound of earlier releases but turned up a notch. The production is so incredibly rich with infectious percussion and a euphoric 90s house piano sound.

About the new single Hatchie says: “‘Giving The World Away’ is about being gentle with yourself in the throes of depression. We made a simple lyric video with analogue effects to let the lyrics of the song speak for themselves.”

We already said it before but it sounds like “Giving The World Away” might become her best work yet. April can’t come soon enough! This might end up being one of the best records of the year.

“Giving The World Away” arrives April 22nd via Secretly Canadian.