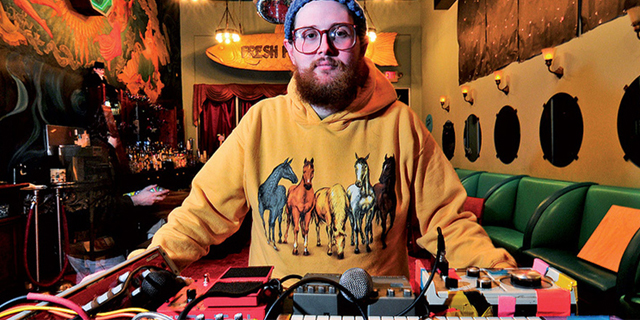 Dan Deacon is sharing today the second single from his upcoming “Mystic Familiar” album. It marks the artist first proper release since 2015’s “Gliss Riffer“, after scoring films for four years. Following first single “Sat By A Tree“, comes the second brilliant single “Become A Mountain“. Both tracks are taken from “Mystic Familiar” which is out January 31st via Domino.

“Become A Mountain” sees the experiment artist effortlesly bridge the gap between his love for classical and indie electronic music. Creating an energetic track starting with just keys and whispered vocals but ultimately transforming in a lush soundscape full of strings. Another highlight of the song is the accompanying animated video. Which was created by Spain-based studio Rapapawn. Check it out now below and be on the look-out for “Mystic Familiar“!