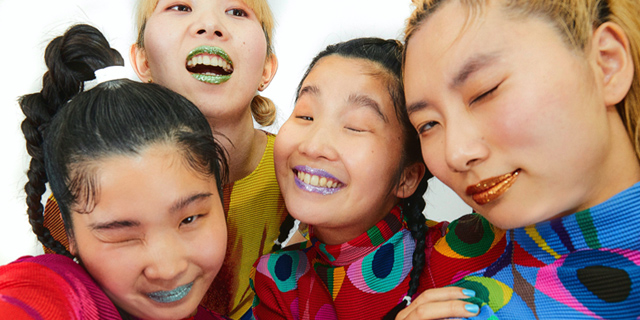 Japanese indie-rockers CHAI just announced their brand new album “WINK“. Together with the announcement the band also shares the record’s lead single “ACTION” with an accompanying music video. Last year the quartet shared the album’s first single with “Donuts Mind If I Do“. CHAI’s new album “WINK” is set for a Spring release and will be the band’s debut for Sub Pop.

The band’s new single “ACTION” takes inspiration from the Black Lives Matter protests of last year. “Seeing how the world came together during the protests really moved me,” says YUUKI. “I wanted to dedicate that song to the year of action.” This is probably one of the most charming and infectious protest anthems out there! CHAI’s energy sparkles throughout the track and comes alive with the endearing video. Sweet sounding shouts glide over banging synths and bouncy beats. It is the perfect anthem to get you pumped up and we just feel liking joining CHAI and march along to this catchy song.

“ACTION” is out now on all platforms and “WINK” arrives May 21 via Sub Pop.