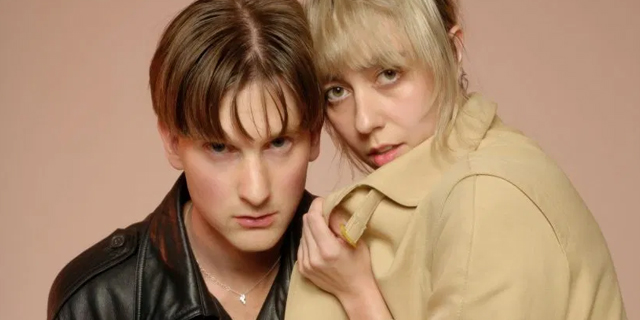 At the end of this month Blue Hawaii will release a brand new EP called “Under 1 House“. The Montreal / Berlin – based duo already delivered two impeccable single from the EP with “I Felt Love” and “Feelin“. Now it’s time for a third one with the banging “Not My Boss!“.

“Under 1 House” marks the duo’s first release since their brilliant album “Open Reduction Internal Fixation” of last year. As the EP title slightly suggests, the new music is quite influenced by house music. Blue Hawaii is on a roll releasing one delicious single after another and “Not My Boss!” is a clear highlight! The shimmering house production shines thanks to Raphaelle’s lush and snappy vocals. If that wasn’t enough there’s also a touch of melancholic sax added. We suggest to just blast this one super loud and dance along to it!

“Not My Boss!” is out now on all platforms. Blue Hawaii’s “Under 1 House” mixtape arrives 25th of September via Arbutus.