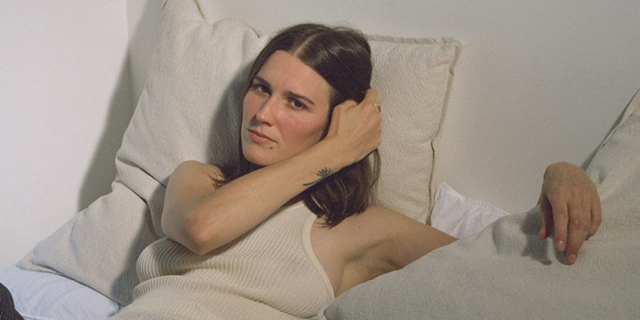 Impatiently we have been waiting for new Art School Girlfriend music and the moment is finally here! Polly Mackey aka Art School Girlfriend returns today with her impeccable new single and music video “In The Middle“. The new song is a first taster of the musician’s debut album out later this year.

Art School Girlfriend is responsible for some absolutely brilliant tracks like “Diving” and “Come Back To Me” and she’s back with a bang! New single “In The Middle” further cements her status of creating dark and brooding electronic pop that we just can’t get enough of. Together with the single release comes also some beautiful visuals directed by Tom Dream. It sees Polly wandering through a deserted club with dancers lost in their own world. We will be eagerly waiting for Art School Girlfriend’s debut album!

“In The Middle” is out now on all platforms.