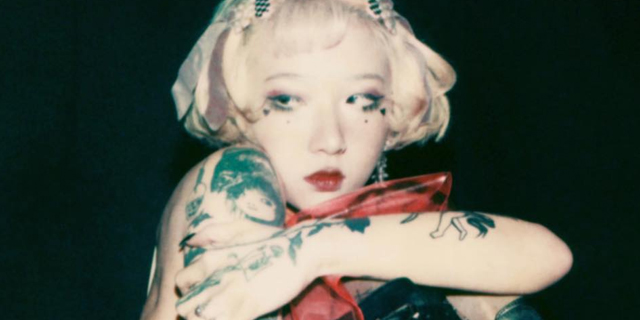 Yeule is the ongoing musical project from Singapore-born artist Nat Ćmiel. Even though she grew up in Singapore, Yeule has been traveling all over the world. Just like her life, the music Yeule creates is in a constant metamorphosis. After sharing ‘Pretty Bones‘ and ‘Pixel Affection‘ it is now time for her latest single ‘Poison Arrow‘. This constant metamorphosis makes instantly sense while listening to her tracks from upcoming album ‘Serotonin II‘. However, all tree songs fit perfectly in the enthralling electronical soundscape Yeule creates.

‘Poison Arrow‘ is probably our favourite track we’ve heard from the London-based artist so far! Starting with a soft entrancing intro the track slowly evolves into a gorgeous slice of dream pop. Yeule’s angelic and mesmerizing vocals melt into an addictive electronic soundscape. Listening to ‘Poison Arrow’ is like we’re floating on a cloud surrounded by a beautiful pink sky!