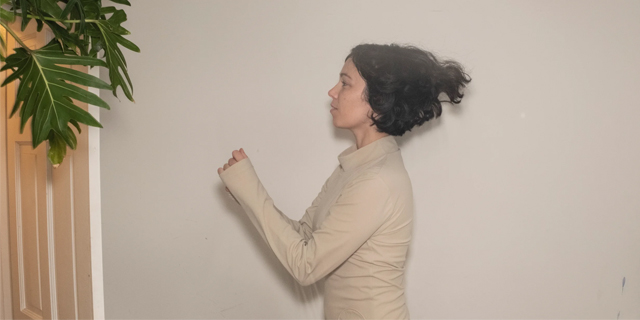 After two banging releases, electronic producer Kelly Lee Owens is slowing it down on new single “On“. It’s the follow-up to previous singles “Melt” and “Night“, which are all taken from her highly anticipated new album “Inner Song“.

Kelly Lee Owens describes “On” as her most personal and intimate written song yet, and this definitely can be heard. Together with the accompanying video the first part of the song has a kind of sadness to it. It wouldn’t be a full Kelly Lee Owens track though if something exciting and quite a change happens throughout the track. The second part of “On”, is about letting go of that sadness and feeling totally free. Effective and banging electronic sounds are able to turn this melancholic song into quite the banger!

Kelly’s new record “Inner Song” is shaping up to be one hell of an album based on the three singles we’ve gotten so far. This one can’t come soon enough! The album is set to arrive August 28th via Smalltown Supersound. Until then watch the heartbreaking video directed by Kasper Häggström below.