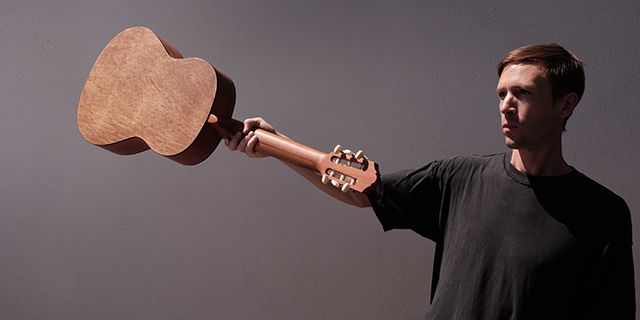 London based singer-songwriter Tom Sanders has announced the release of his solo debut album “Only Magic“. The frontman of Teleman just unveiled the album’s first single “Little Human” which is out now via the great Moshi Moshi Records.

First single “Little Human” is incredibly charming and almost feels like a lullaby but with a serious undertone. ““This song started out as a song for my daughter, but became a song for anybody really. I’m also singing the words to myself as much as anyone else. The chorus is more for us – the grownups – who fail to understand that the world doesn’t revolve around them.” “Little Human” is such a little infectious tune thanks to Sanders’ vocals against the subtle, yet lush and sweet production. The song is able to instantly feel good and as soon as it finishes we just have to put it on repeat!

“Little Human” is out now on all platforms, taken from Tom Sanders forthcoming “Only Magic” LP out 4th December via Moshi Moshi Records.