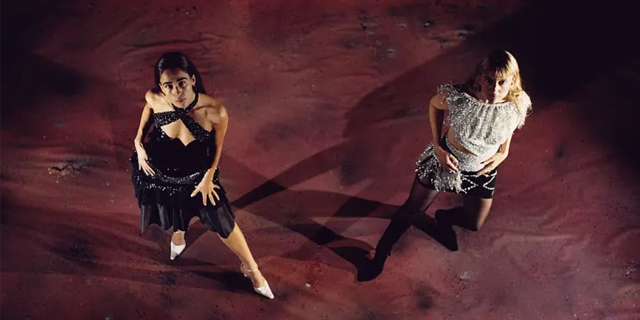 Norwegian duo Smerz is getting ready for the release of their highly anticipated debut album “Believer” out this Friday. Today Smerz is sharing one last track and music video before the album drops. The new single is claled “Flashing” and follows their previous singles “I don’t talk about that much” and title track “Believer“.

On their new single Smerz is giving us more of their soft-whispering vocals against some trance-inspired beats. While the track is short, it truly builds up near the end when some impressive and hard-hitting eerie orchestral synths come a long. Be sure to give the striking visuals from Bejamin Barron a watch below as well. Everything Catharina and Henriette have released so far is pure gold and we are dying to hear their debut album!

“Believer” is out this Friday, 26th of February via XL Recordings.