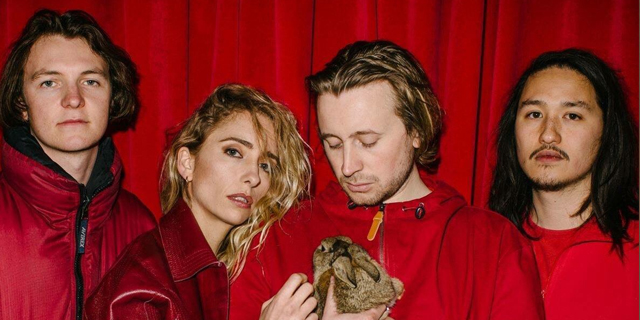 Pumarosa’s gorgeous debut single ‘Priestess‘ was one of our top tracks of 2016 (including the Shura remix). Today, the London-based band announced their sophomore album ‘Devastation‘ out November 1st. The follow-up to their 2017 debut album ‘The Witch‘.

After sharing their first single ‘Fall Apart‘ back in July. Pumarosa are now back with another single of the new album. ‘Heaven‘ is probably one of our favourite tracks the band has done so far! Singer Isabel’s haunting vocals blend perfectly together with its electronic dance production. New single ‘Heaven‘ reminds us of early 90s dance music. This new sound is a match made in heaven to our ears!