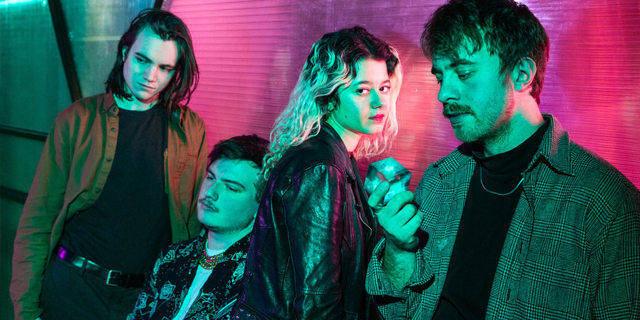 On their new single “Jumprope” the band delves more into their delicious and groovy experimental pop. From its first few seconds Psymon Spine will grab a hold of you and before you’ll know it you’re slowly dancing to this funky and dynamic song. There’s never a dull moment and Sabine Holler’s vocals glide over a vibrant production ending with a banging instrumental. We truly believe that Psymon Spine are in a league of their own and can’t wait to hear what else the band has to offer! Be sure to give the music video directed by Jennifer Medina a watch below.

“Jumprope” is out now on all platforms. “Charismatic Megafauna” is set to arrive February 19 via Northern Spy.