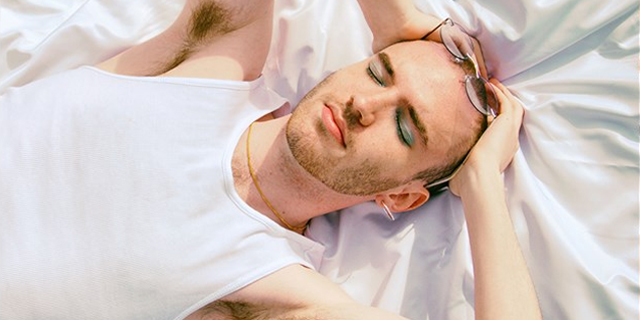 Pizzagirl‘s aesthetic and name alone should be enough for you to fall in love with the upcoming artist from Liverpool. The 21-year old DIY artist just released a banging new track called ‘Balls Gonna Keep On Rollin’. Together with the release he announced his debut album ‘first timer‘ out October 11th via Heist or Hit.

When ‘Balls Gonna Keep On Rollin‘ starts we instantly want to get up and dance. Starting with a touch of ‘Italo Disco’ but soon transforms into a big pop song. The highly infectious track is a perfect homage to the 80s. It’s full of joyful synths and trumpets. If we wouldn’t know any better we would even believe that it’s a hit song from the 80’s. This is one hell of a catchy song and we’ll be playing it for quite some time! Can’t wait to hear what else Pizzagirl is releasing next!

Listen now to ‘Balls Gonna Keep On Rollin‘ below: