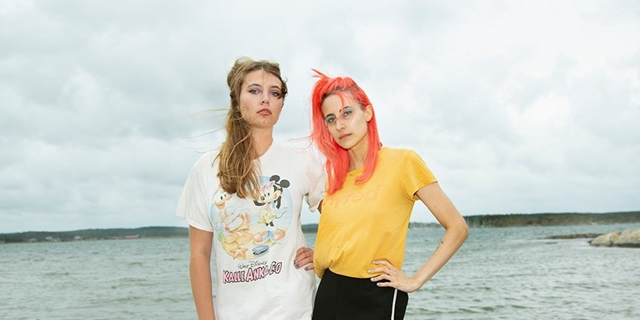 Swedish duo Pale Honey has been around for quite a while, but it hasn’t been until recently that the girls caught our attention. For those also still unfamiliar with them, Pale Honey is the Gothenburg based band of Tuva Lodmark and Nelly Daltrey. The girls released their self-titled debut album back in 2015 and the follow-up “Devotion” in 2017. Now, 2020 marks their return with a new album on the horizon later this year!

New single “Treat You Good” is a banging tune that effortlesly blends genres. While the song starts with hard-hitting synths, that are reminiscent of Robyn, the song slowly turns into a seductive shoegaze vibe. While afterwards returning to those delicious thumping beats. We’re so glad we discovered this exciting duo!