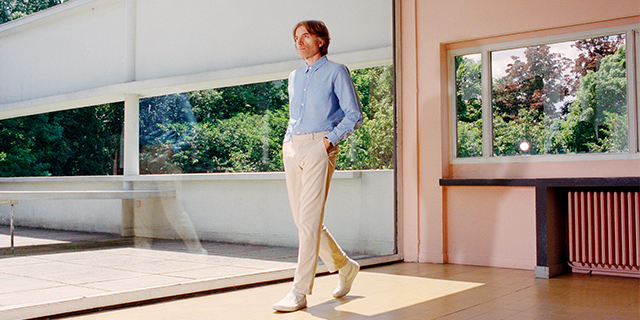 One half of French duo Air, Nicolas Godin, just announced the follow-up to his 2015 solo-record “Contrepoint“. Just like with his previous work, Godin finds his musical inspiration through architecture. On the new album “Concrete and Glass“, Nicolas Godin uses architectural references as starting points on every track. “Concrete and Glass” features guest spots from Alexis Taylor, Kirin J Callinan, Kate NV, and Kadjha Bonet and will be out via Because Music on January 24th.

We are absolutely loving the sound of “The Foundation“. It all starts with those warm and lush synths backed by Cola Boyy’s distinctive vocals. Just groove along to this smooth and sultry song.

Watch the Greg Barnes directed video for “The Foundation” now below: