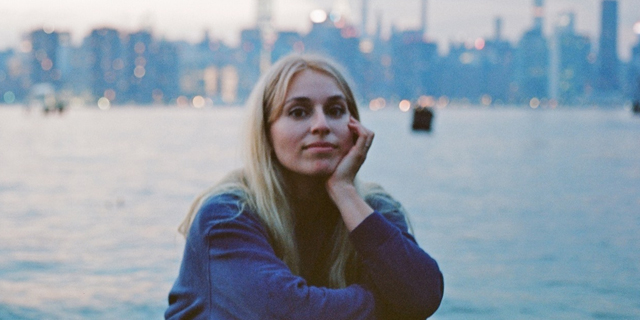 Josie Boivin aka MUNYA is announcing her long-awaited debut album “Voyage to Mars” coming out later this year. Earlier this year the Montreal musician teased a new single with “Pour Toi” and now it’s time for the album’s lead single “Cocoa Beach“.

On her new single MUNYA is delivering an infectious groovy bilingual track that is perfect for these summer days. The musician’s lush vocals glide against a incredibly funky track that won’t be leaving your head soon. Everything MUNYA released so far is pure gold and we can’t wait to hear what’s next from her debut record. Together with the single release she also shares a fun music video co-directed with Ashley Benzwie. Bringing the record’s themes to live in the form of MUNYA hanging with an extraterrestrial creature on the beach.

“Cocoa Beach” is out now on all platforms. “Voyage To Mars” arrives November 5th via Luminelle.