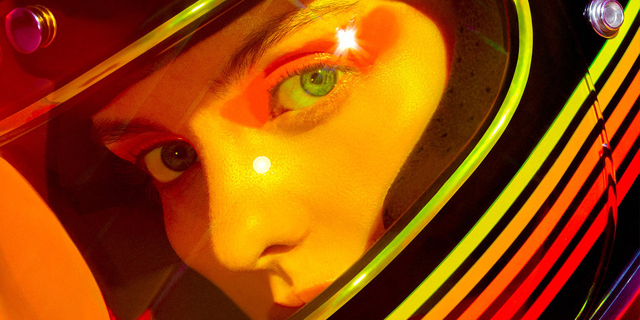 Mecha Maiko is the synth pop project from Hayley Stewart who began her musical career as the lead vocalist and producer of Dead Astronauts. The experimental Canadian artist just released her amazing brand new record ‘Let’s!‘. It’s the artist’s most dance-oriented album to date and we are totally in love!

For her new album Mecha Maiko has drawn inspiration from 90s upbeat dance music and freestyle jams. Ultimately producing an album full of 90s jams and bangers. As 90s kids ourselves the new album brings back so many good memories to that era of dance music. With “Let’s” Mecha Maiko created the perfect pop soundtrack for a night out. There’s no way you will be sitting still while listening to these new songs!

Give a listen to our current favourite ‘Trust‘ and check out the full album below: