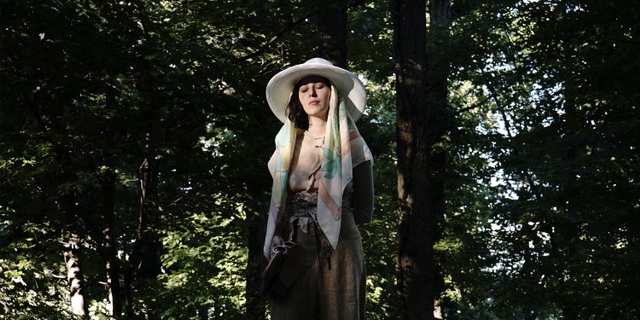 After blessing us with releasing NOIA’s first EP, New York record label Cascine is giving us another amazing release sung in Spanish. Meet singer-songwriter Maria Usbeck, who is ready to release her second album this summer.

‘Amor Anciano‘ the lead single of her new album ‘Envejeciendo‘, is a wonderfully endearing and dreamy song. It’s upbeat and bouncy chorus will immediately put you in a good mood. On the record you can also hear Maria’s late Ecuadorian grandmother, who talks about long lost loves and how live would’ve been different if she chose another person to spend it with.

The album ‘Envejeciendo‘ will be a mix between Spanish and English songs and is out on the 16th of August on Cascine. Listen now to ‘Amor Anciano‘ below: