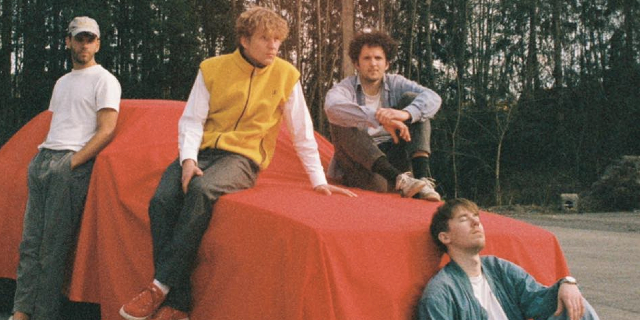 Norwegian band MARBLES consisting of Ferdinand Widmer, Marius Ringen, Adrian Sandberg and Marcus Widemer just unveiled a brand new single titled “World Inside Me”. The new song is taken from their upcoming sophomore EP and follows their previous singles “Heading Out” and “One of a Kind”.

It’s the first time we stumbled upon MARBLES and their dreamy soundscape and we are instantly in love. We would best describe their new single “World Inside Me” as a mixture of Empire Of The Sun and Washed Out. A pretty amazing mix of sounds if you ask us! The new single of the band is utterly dreamy and lush thanks to the atmospheric production and soothing vocals. “World Inside Me” is filled with catchy hooks and we truly can’t get enough of this!

About the new single the band says:

“’World Inside Me’ was written in our most isolated period through the pandemic. It tries to describe a feeling of loneliness that is mostly conjured by our own mind. Even though there are options and offers from the outside world, sometimes you just feel better in your own sphere. Living in your own little world (or bubble) can feel both pleasant and safe, but also quickly turn into a lonesome and desperate state of mind.”

“World Inside Me” is out now on all platforms via Playground Music.