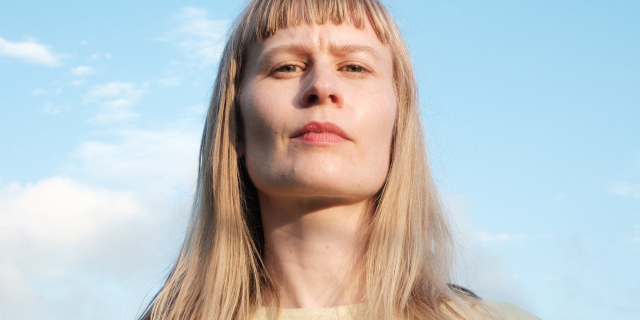 Following the release of her latest album “Classic Objects” back in March, Jenny Hval returns today with a standalone single titled “Buffy”. The new song is inspired by the classic 90s and 00s tv series Buffy the Vampire Slayer.

Buffy the Vampire Slayer happens to be one of our favourite tv series from the past and we just did a full rewatch of all seven seasons. So the excitement of Jenny Hval creating a Buffy inspired song is pure excitement to our ears! The Norwegian singer-songwriter has created a stunning song that is in her own words, a song about hope. She says:

“Somehow I improvised some lyrics that referred to Buffy the Vampire Slayer, probably just because I have watched it many times. I do like the idea that a TV series with many episodes, like Buffy, can be used as a creative and political rehearsal. An episodic form rehearsing overthrowing a dictatorship, a plutocracy, or theocracy?

Buffy is not a song about a slayer, a superhero, or feminist icon. If anything, it’s a song about hope, but in an understated and episodic way. Because to me, hope is more hopeful when it is presented in a subtle way.”

“Buffy” is out now on all platforms via 4AD.