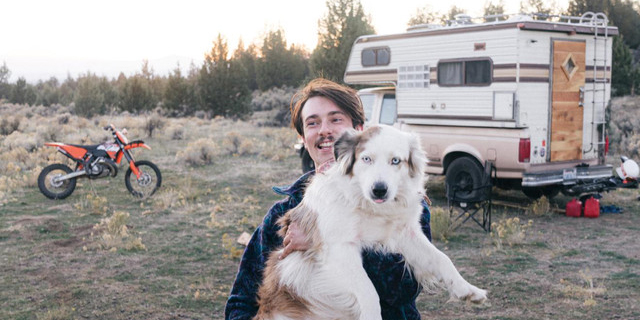 Goth Babe is the musical project of Griffin Washburn, who’s been creating music from the back of his camper while traveling through the US. The new EP is inspired and titled after the Smith Rock State Park in Oregon, United States. It’s a place special to the nomadic artist and he will even do a donation for the park.

The two new tracks are just as infectious and thrilling, as the first released single. And dare we say it, even Goth Babe at its best. Full of wavy synths, samples and his laid-back vocal delivery. We adore this sound and are especially in love with the opening track “Colours”. The track’s hypnotic production puts you instantly into a dreamy trance!