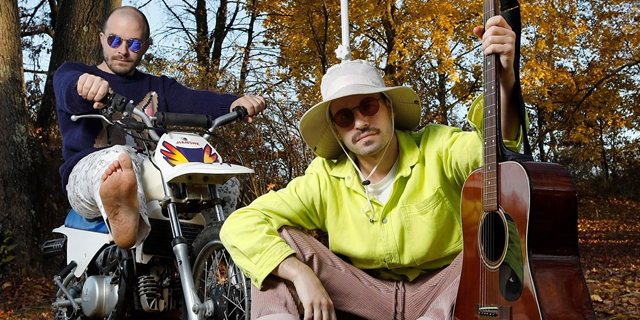 Brooklyn-based duo Gilligan Moss kick of 2021 with a brand new single and video “Slow Down“. Together with the new music release there’s also the exciting news that Gilligan Moss is releasing their highly anticipated self-titled debut album this year. The record features also the brilliant “Ferris Wheel” featuring Rebecca & Fiona and the nostalgic “Lee’s Last Dance“.

On their new single “Slow Down”, Gilligan Moss deliver an incredible carefree track that will instantly make you feel good. The song is filled with lush and warm synths melting into some delicious nu-disco. Besides the carefree vocals the track even has Merle the dog barking along to this joyful tune. Everything Gilligan Moss has released so far is pure gold and we can’t wait to hear the duo’s debut album.

Together with the single release Gilligan Moss also shares a perfectly fitting claymation video created by Francesca Morea. Showcasing the duo morphing into different versions of themselves that’s just too adorable.

“Slow Down” is out now on all platforms. Gilligan Moss’ self-titled debut album arrives April 9 via Foreign Family Collective.