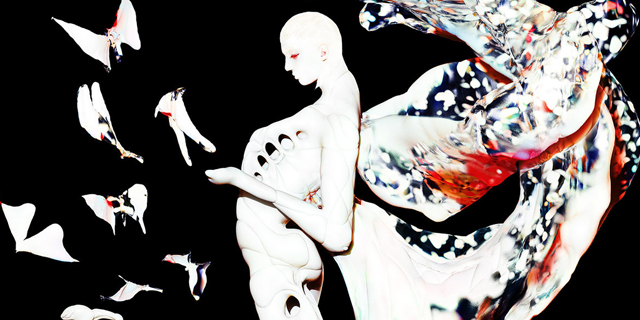 Visual artist, filmmaker and producer Jesse Kanda is finally getting ready to release his debut LP as Doon Kanda. After sharing two great EPs ‘Heart’ and ‘Luna‘ and collaborating with the likes of Björk, Arca and FKA twigs. Kanda’s debut album ‘Labyrinth‘ will be the artist’s first full length debut. To share this news Doon Kanda created an abstract and flashy video for its first single called ‘Polycephaly‘. The opening track from his upcoming LP on Hyperdub.

New single ‘Polycephaly‘ is probably one of our favourite things Kanda has released since his debut ‘axolotl‘. The track is eerie, yet stunning in its production. It’s like the perfect counterpart to Four Tet’s ‘Two Thousand And Seventeen‘. Just like ‘Polycephaly‘, most of the album is composed in 3/4 time signature to evoke a waltz and inspire movement. We can’t wait to hear more of this!