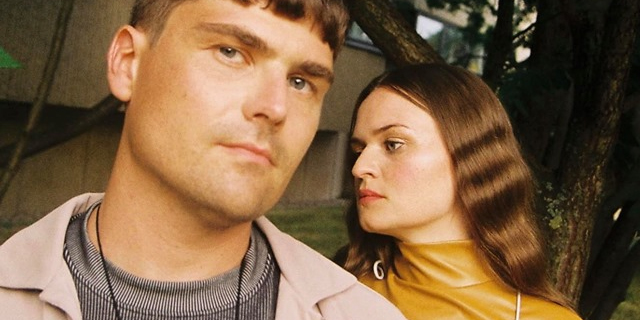 Experimental duo ÄTNA consists of singer and multi-instrumentalist Inéz and drummer Demian. Even though the Dresen-based duo already has quite some songs to their name, they finally seem to get ready for a debut album. As a first offering from the upcoming album (out early next year) ÄTNA just shared its impressive first single ‘Ruining My Brain‘.

From its first seconds playing ‘Ruining My Brain‘ instantly sets the mood for this dark and dreamy electronic track. With Inéz emotive and haunting vocals hitting you hard. If it’s gloomy vocals and lyrics weren’t exciting enough, then wait and see how the song slowly unfolds. Turning into an extremely energetic and bonkers track. Even adding influences of 90s gabber music. ÄTNA effortlesly changes between moods and sounds and we are extremely impressed and exciting for what else is to come!

ÄTNA doesn’t just make amazing music, they also created a stunning and enthralling video for ‘Ruining My Brain‘. Be sure to give it a watch below:

ÄTNA delivers once again with shimmering “Made By Desire”

ÄTNA slows it down on personal ballad “Try”